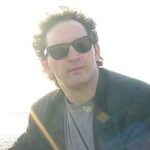 Abstract: Big Packet Protocol (BPP) is a recent protocol which is designed to transfer packets for future networking applications, and aims to overcome obstacles within current networks for high precision services. One of the most important advantages of BPP is that it allows changes to packets during transmission. The strategy of BPP is to reduce the packet size by eliminating specific chunks, which cuts out segments from the transferred video, rather than dropping or retransmitting packets. This provides an interesting mechanism to enhance the performance of video streaming applications, by obtaining continuous delivery and minimum guaranteed quality at the receiver. In order to make video transmission over BPP effective, we need to select a video codec that can do multiple encodings for the same region, such as scalable video coding (SVC). To support such functionality, we have augmented the BPP packet structure in order to transfer video data. This paper describes the use of BPP for carrying video from servers to clients, and defines the packet structure for this purpose, plus the extensions needed to support SVC encoded video. To evaluate the proposed approach, we use SDN to facilitate BPP operations, with results showing a successful implementation of a system using these combined techniques.

Biography: Stuart Clayman received his PhD in Computer Science from University College London in 1994. He is currently a Principal Research Fellow at UCL EEE department, and he has worked as a Research Lecturer at Kingston University and at UCL.  He co-authored over 60 conference and journal papers. His research interests and expertise lie in the areas of software engineering and programming paradigms; distributed systems; virtualised compute and network systems, network and systems management; digital media; sensor systems and smart city platforms, and artificial intelligence systems.  He is looking at new techniques for large-scale sensor systems in Industry 4.0, and at end-to-end systems for Computational Genomics. He also has extensive experience in the commercial arena undertaking architecture and development for software engineering, distributed systems and networking systems. 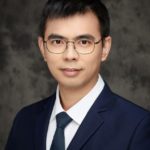 Title：Computing Power Network: An Interworking Architecture of Computing and Network Based on IP Extension

Abstract：The introduction of edge computing has brought new changes in network traffic model. From the perspective of users, resources in different locations are not equal. The distance between users and resources (different latency), network conditions, as well as charging and many other factors are needed to be considered for choosing the best resource. Therefore, computing power network (CPN) has emerged. It is a new type of network that realizes the best resource allocation, by distributing computing, storage, algorithm and other resource information of service nodes through network control plane (such as centralized controller, distributed routing protocol, etc.). It combines network context and user requirements to provide the optimal distribution, association, transaction and scheduling of computation storage and network resources. 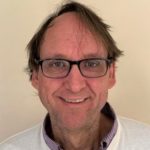 Abstract: The networking landscape is expected to undergo profound changes over the coming years, with new applications emerging that depend on the ability of networks to provide high-precision services with stringent service-level guarantees. To enable and incentivize network providers to deploy and deliver such services will also require advances in the way such services can be accounted for. At its core, this will require support for high-precision metering that allows to generate custom accounting records that can be custom tailored towards specific service offerings and service level agreements. This paper presents a framework to enable such metering.

Biography: Dr. Alexander Clemm is a Distinguished Engineer at Futurewei’s Future Networks and Innovation Group in Santa Clara, California. He has been involved in networking software and management technology throughout his career, most recently in the areas of high-precision networks and future networking services as well as network analytics, intent-based networking, service assurance, and telemetry. Alex has 50+ publications, 50+ issued patents, 12 RFCs, and several books (including “Network Management Fundamentals”).  He has also been serving on the OC and TPC of highly-regarded management and network softwarization conferences for many years, including IEEE IM/NOMS, CNSM, and NetSoft.  He holds an M.S. degree in computer science from Stanford University and a Ph.D. from the University of Munich, Germany. 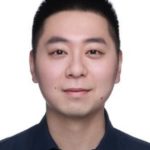 Title: A Proof of Optimality on EDF Scheduling in Sink-tree Packetized Networks

Abstract: Earliest Deadline First (EDF) scheduling, is known to obtain the optimality of deterministic delay performance upon the single link. However, due to the generality of the network with multiple nodes and multiple flows transmitted within it, the optimal online scheduling is impossible. In this paper, we prove that EDF can still provide the optimal delay performance in a class of practical multiple-nodes-and-multiple-flows network scenarios, such as 5G Cloud VR/AR applications in up-link cases, namely in sink-tree networks multiple flows sharing the root node as the same destination node. The proof uses the delay-based schedulability region to quantify the performance of different scheduling policies. Finally, the proof indicates that EDF can achieve the largest schedulability region in sink-tree networks.

Biography: Xuan Liu received the Ph.D. degree from the Institute of Network Technology, Beijing University of Posts and Telecommunications in 2020. He is now a researcher at Huawei Network Technology Lab. His research interests include network scheduling, network calculus, next generation Internet.

Abstract: Free-space optical communication (FSOC) has been proved to achieve the highest data-rate communications, and yet, its long-time adoption remains reserved to very selective applications. A culprit of the limited adoption of FSOC is its point-to-point link connectivity that results from the required: a) the direct Line-of-Sight (LoS) between transmitter and receiver and b) the fine alignment of the transceivers of the communicating stations. Indirect LoS FSOC (ID-FSOC) is an alternative to FSOC where a transmitter and receiver might not be in direct LoS of each other but to a diffuse reflector. Such a reflector not only helps to cover out-of-sight areas but also converts the optical link onto a broadcast channel where one station may communicate with all other stations that have LoS to the reflector.  Here, we discuss some of the properties of this novel paradigm and argue that it may represent a new facet of free space of optical communications that provides a greater range of applications for high-speed data communications.

Biography: Roberto Rojas-Cessa is a Professor in the Helen and John C. Hartmann Department of Electrical and Computer Engineering (ECE) at New Jersey Institute of Technology (NJIT). His research interests are in computer networking, energy, vehicular networking, smart and emergency communications, and cyber-physical systems. He authored the books “Interconnections for Computer Communications and Packet Networks,” CRC Press, 2017, and “Advanced Internet Protocols, Services, and Applications,” Wiley and Sons, 2012. He serves in different capacities for IEEE conferences and journals, and as a frequent panelist for U.S. National Science Foundation and U.S. Department of Energy. He is the recipient of the Excellence in Teaching Award 2013 from the Newark College of Engineering at NJIT, and a recipient of New Jersey Inventors Hall of Fame – Innovators Award in same year for his US and International patents. He is the director of several MS programs at NJIT and the coordinator of Networking Research Focus Group at the Helen and John C. Hartmann Department of Electrical and Computer Engineering in NJIT. He was also a fellow of the Japanese Association for the Promotion of Science in 2009 and is a Senior Member of IEEE. 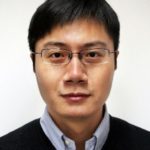 Abstract: Because of the challenges brought by the high dynamic topology of satellite networks to the transport layer, this paper is mainly devoted to a multi-path transmission control protocol (MPTCP) path selection scheme based on segment control technology and software-defined network (SDN). We describe the signaling interaction mode of MPTCP and the process of segment control technology applied in the satellite network. According to the requirements of real-time and accuracy of data transmission, we consider the link delay, stability, and packet loss rate, and construct the scheme as a maximum-flow minimum- cost problem. The experimental results show that the proposed scheme can meet the low delay requirements of delay-sensitive traffic flow, improve bandwidth utilization, and ensure more efficient and reliable data transmission. 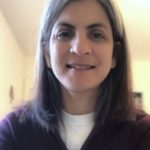 Abstract: Different industry verticals require their network domains to describe their optimized application control and behavior through custom protocols. Such local protocols are necessary because adapting specific behaviors using current general-purpose network paradigms often leads to constrained design decisions since the IP does not provide necessary customization with its existing format. At the same time, with the growth in Industrial Internet and IoT, there is a need for convergence between the standard Internet and proprietary protocols. In this regard, network addresses are key to representing application semantics or a device’s capability, but the current IP address structure does not sufficiently capture these artifacts. We propose the use of New IP shipping specification to accommodate a diverse set of local protocol requirements in a well-structured user-defined address scheme and its effective integration and adaptation to the IP for opaque connectivity over the Internet.

Biography: Kiran Makhijani is Principal Research Scientist at Network Technologies Lab, Futurewei USA. Here, she is responsible for exploration, design, and architecture of large-scale networks. It involves bringing relevant contributions to standards & research communities such as ETSI, ITU, IEEE, and ACM organizations. Since last year, Kiran has been researching Industrial networks for next-gen scenarios and requirements across different verticals. A part of that work will be presented in the paper here at New IP HPSR Session. At ITU, she helped develop the vision of Network 2030, and at IETF, she is a key contributor to the definition of network slices. She is particularly passionate about the holistic approach to networks from end-to-end, glass-to-glass, and device-to-device. Her experience areas cover all things networking such as cloud scale routing, identity orientated networking, backhaul optimizations and network slicing.  Prior to joining Futurewei, Ms. Makhijani worked with Cisco and has led a broad array of industry projects in the forwarding and routing systems, designed scalable and reliable routing platform, policy-based routing and virtual network architectures. 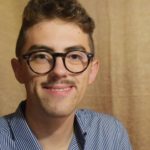 Title: On Control and Data Plane Programmability for Data-Driven Networking

Abstract: The soaring complexity of networks has led to more and more complex methods to manage and orchestrate efficiently the multitude of network environments. Several solutions exist, such as OpenFlow, NetConf, P4, DPDK, etc., that allow network programmability at both control and data plane level, driving innovation in many focused high-performance networked applications. However, with the increase of strict requirements in critical applications, also the networking architecture and its operations should be redesigned. In particular, recent advances in machine learning have opened new opportunities to the automation of network management, exploiting existing advances in software-defined infrastructures. We argue that the design of effective data-driven network management solutions needs to collect, merge, and process states from both data and control planes. This paper sheds light upon the benefits of utilizing such an approach to support feature extraction and data collection for network automation.

Biography: Alessio Sacco received the Master of Science in Computer Engineering from Politecnico di Torino in 2018. He is now pursuing his PhD in the domain of intelligent networks, IoT, and softwarized infrastructures. His research interests also include architecture and protocols for network management; implementation and design of cloud computing applications; algorithms and protocols for service-based architecture, used in conjunction with Machine Learning algorithms.